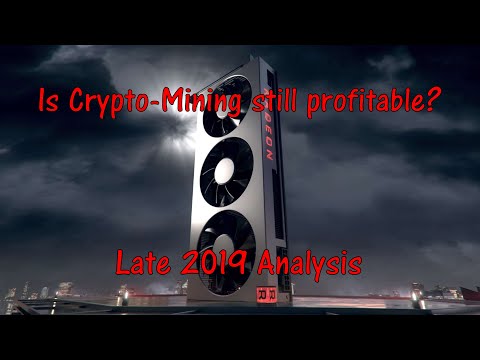 Dario Teixeira on Feb 17 2015:
Dear Bitcoin devs,
I am the author of OCaml-bitcoin [1], a library offering an OCaml
interface
to the official Bitcoin client API. For those who may be unfamiliar
with it,
OCaml is one of those functional programming languages with a very rich
and
expressive type system [2]. Given its emphasis on safety, its
industrial
users are disproportionally found in the aerospace and financial
sectors.
Now, OCaml programmers care a lot about types, because experience has
taught them that deep down most programming errors are just type errors.
From this stems my request: please consider defining more precisely the
type
information associated with each API call in the JSON-RPC reference [3].
To give you a better idea of what I'm talking about, please take a look
at
the API offered by OCaml-bitcoin [4], and the associated type
definitions
[5] (note that these have not been updated for Bitcoin Core 0.10 yet).
I've created the type definitions from information gathered from the
Bitcoin
wiki and from looking at the Bitcoin Core source-code. I wouldn't be
surprised
if it contains errors, because neither the source-code nor the wiki is
very
precise about the actual types being used. As an example, consider type
hexspk_t ("hex representation of script public key"). Is this really
the
same type used in both signrawtransaction and createmultisig?
Improving this situation would pose a minimal burden on bitcoin devs:
all
that would be required is defining the precise set of types used in the
RPC
API, and annotating the RPC calls either in the source-code itself or in
the
API reference documentation. It would make writing bindings such as
mine
far easier and less error prone, and it would have the added advantage
of
better documenting the Bitcoin Core source-code itself.
Also, note that it is not necessary to extend this request to the deep
data structures returned by some API calls. Consider for instance the
gettransaction function of the OCaml-bitcoin API: it returns the raw
JSON
object without any attempt to process it. This is because that's a
fairly
niche facility, and the bindings would balloon in size if I were to
process
every single large return object. Instead, the bindings take the more
pragmatic stance of only processing the parameters and return results
where
a strong type discipline is imperative.
When I raised this issue on IRC a number of questions were posed.
What follows is my attempt to answer them:
Q: What does it matter, if JSON only has a tiny set of types?
A: JSON being the serialisation format is irrelevant. The client
bindings
does
public
Q: What does it matter if the types are not even distinguished in the
C++
A: That is unfortunate, because it opens the door to bugs caused by
type
does
types
represented
then
Q: Isn't this a maintenance nightmare, given the changes to Bitcoin
core?
A: Actually, the most burdensome part is what motivated this message:
Thank you very much for your attention, and for all the work you guys
put
into Bitcoin development. It is much appreciated and not acknowledged
often enough!
Best regards,
Dario Teixeira
[1] https://github.com/darioteixeira/ocaml-bitcoin
[2] http://ocaml.org/learn/description.html
[3] https://bitcoin.org/en/developer-reference#bitcoin-core-apis
[4] http://ocaml-bitcoin.forge.ocamlcore.org/apidoc/Bitcoin.ENGINE.html
[5] http://ocaml-bitcoin.forge.ocamlcore.org/apidoc/Bitcoin.html
 original: http://lists.linuxfoundation.org/pipermail/bitcoin-dev/2015-February/007481.html

Q&A for Bitcoin crypto-currency enthusiasts. Stack Exchange network consists of 176 Q&A communities including Stack Overflow, the largest, most trusted online community for developers to learn, share their knowledge, and build their careers.. Visit Stack Exchange Back to ECDSA and bitcoin. A protocol such as bitcoin selects a set of parameters for the elliptic curve and its finite field representation that is fixed for all users of the protocol. Elliptic Curve Digital Signature Algorithm Elliptic Curve Digital Signature Algorithm or ECDSA is a cryptographic algorithm used by Bitcoin to ensure that funds can only be spent by their rightful owners. private key : A secret number, known only to the person that generated it. A private key is essentially a randomly generated number. In Bitcoin, someone with the private key that corresponds ... Currently Bitcoin uses secp256k1 with the ECDSA algorithm, though the same curve with the same public/private keys can be used in some other algorithms such as Schnorr. secp256k1 was almost never used before Bitcoin became popular, but it is now gaining in popularity due to its several nice properties. Most commonly-used curves have a random structure, but secp256k1 was constructed in a ... To understand why, we first note that and are at most 256-bit long values by definition of bitcoin’s ECDSA. However: However: bitcoin’s implementation requires that the most significant bit in the binary representation of and be equal to As a result, if either or have a bit length that is a multiple of 8 i.e., of the form for , then a most significant 0 byte is added.

Definition of Crypto Assets: ‘A crypto-asset is a digital representation of value that uses cryptographic encryption techniques.’ Digital means crypto assets do not exist physically, they are ... Julian Hosp - Bitcoin, Aktien, Gold und Co. 57,099 views 18:04 DE: Elliptic Curve Digital Signature Algorithm ECDSA Teil 10 Kryptographie Crashkurs - Duration: 34:11. By definition difficulty is a parameter that bitcoin and other cryptocurrencies use to keep the average time between blocks steady as the network's hash power changes. Therefore, as the prominence ... In the above video, I set some parameters that I use to define investment bubbles, and super bubbles. I then discuss my view on Bitcoin and where it falls among my definitions. In meinen Videos geht es um Bitcoin, Ethereum, Blockchain und Kryptowährungen generell, um Scam, Abzocke und Betrug besonders im Mining keinen Platz zu geben. Ich spreche darüber, wie du schlau ...